The striped shirt for women was popularized in particular by the Breton striped shirt at the beginning of the last century and brought into vogue by renowned designers such as Coco Chanel, Yves Saint Laurent and Jean Paul Gaultier. Today, striped shirts are a staple in any woman's wardrobe. Whether it being a striped shirt, a sweater, a cardigan or a polo shirt, many try to imitate Saint James authentic products without ever fully succeed.

Why a Saint James striped shirt for women?

Proud to be a French brand considered timeless today, Saint James manages to stay ahead of the competition with the striped shirts for women. Many will argue that the craftsmanship of Saint James and the use of premium materials ensure that this French brand still performs well on the global market, even after more than 130 years.

In 1889, Saint James was already designing striped clothing that sailors considered their second skin. At the time, the striped garment was not only a product but their signature. Which is still rings true to this day.

Stripes as the very essence of Saint James clothing

Sailors in the French Navy, under the authority of Napoleon III, wore the striped shirt as their official uniform. As early as 1858, the white and indigo blue stripes were laid out thoughtfully. Indeed, legend has it that there were, at that time, precisely 21 indigo lines to represent Napoleon III victories.

On the more practical side, several sailors of this time testified that these stripes made it easier for the crew to spot a fallen sailor. Simple lines could thus have functional advantages to the point of being able to bring a sailor back to his family on dry land. In short, there are several reasons why the striped shirts of yesteryear still inspire Saint James to reuse these legendary stripes on their clothes today. 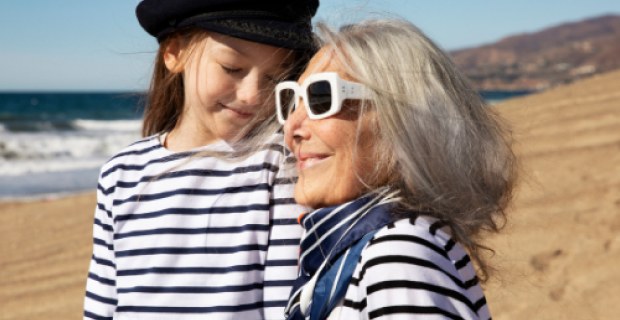 By definition, a sweater is either a short, sleeveless garment or a long-sleeved knit. However, the word sweater is widely used. This term can sometimes be used to refer to the famous Saint James Breton striped sweaters or sometimes a simple t-shirt.

To better orient you towards the womenswear you are interested in, here is a list of different types of striped garments:

The Breton striped shirt has changed a lot since it was proudly worn only by Breton sailors in France. The Saint James striped shirt for women has now become a must-have item of clothing. It stands out from other clothes, particularly by its round neckline, giving it its timeless sailor aspect. It comes in different fits, an array of colours or with a few accessories (coloured stitching, embellishments, etc.). These give the striped shirt a much more feminine look than before. 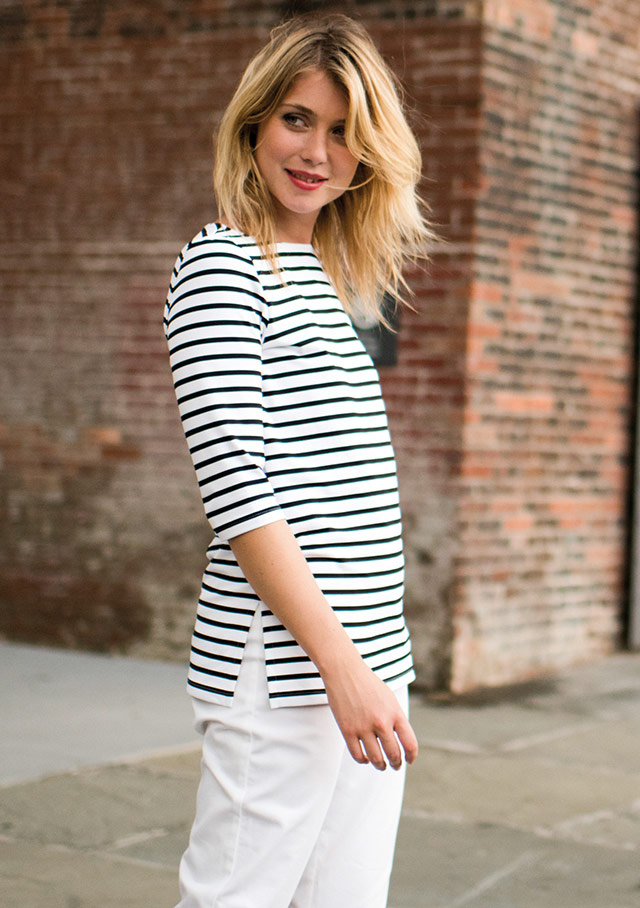 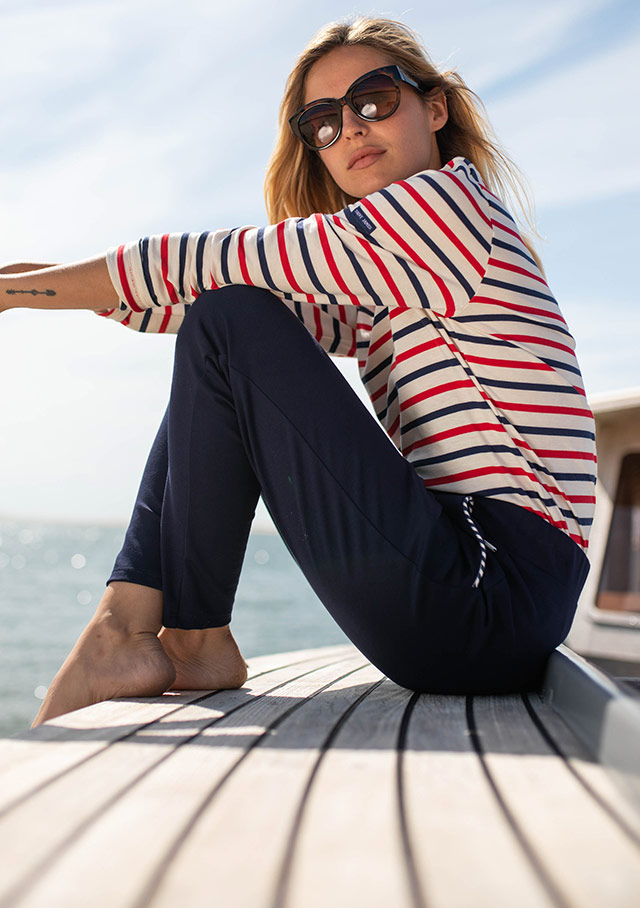 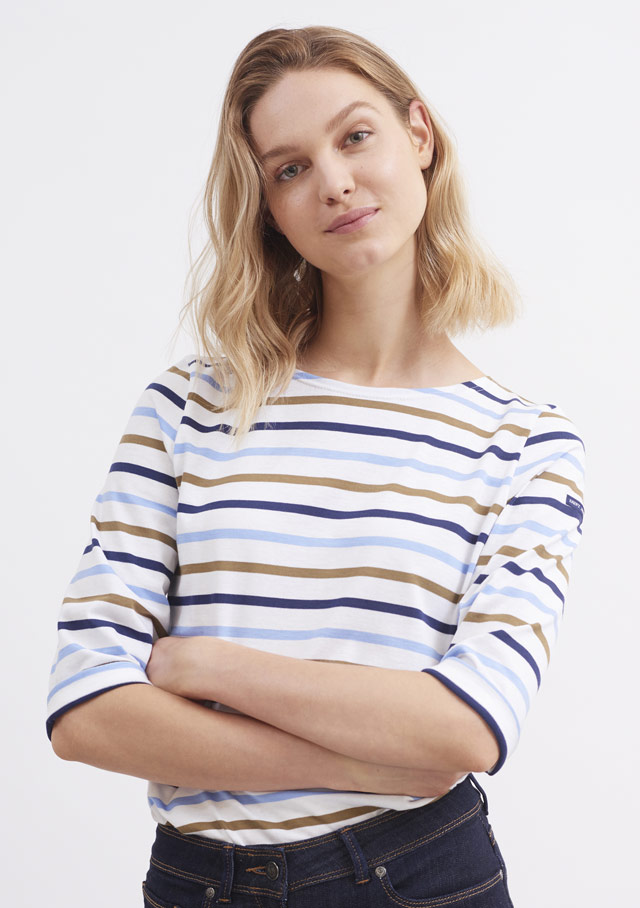 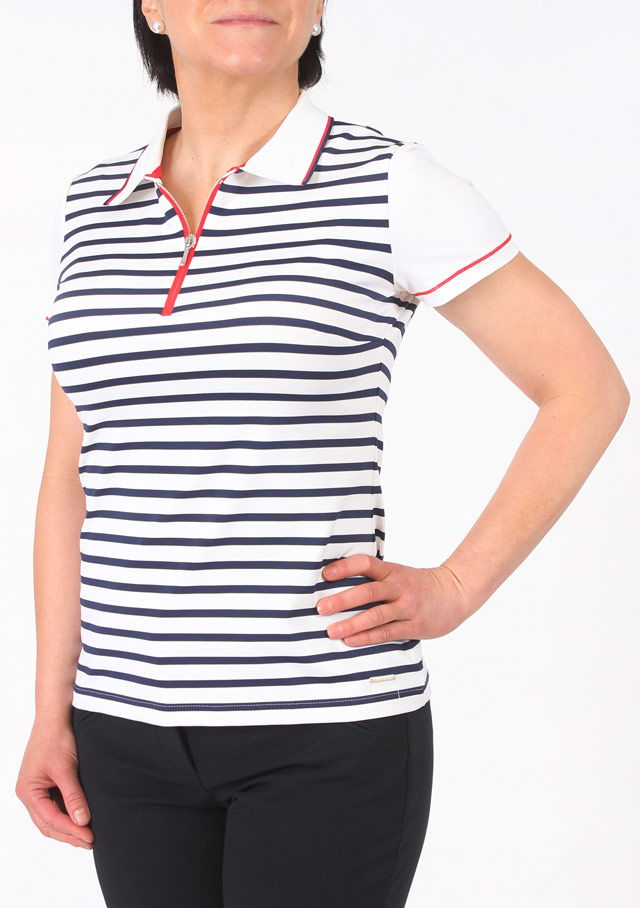 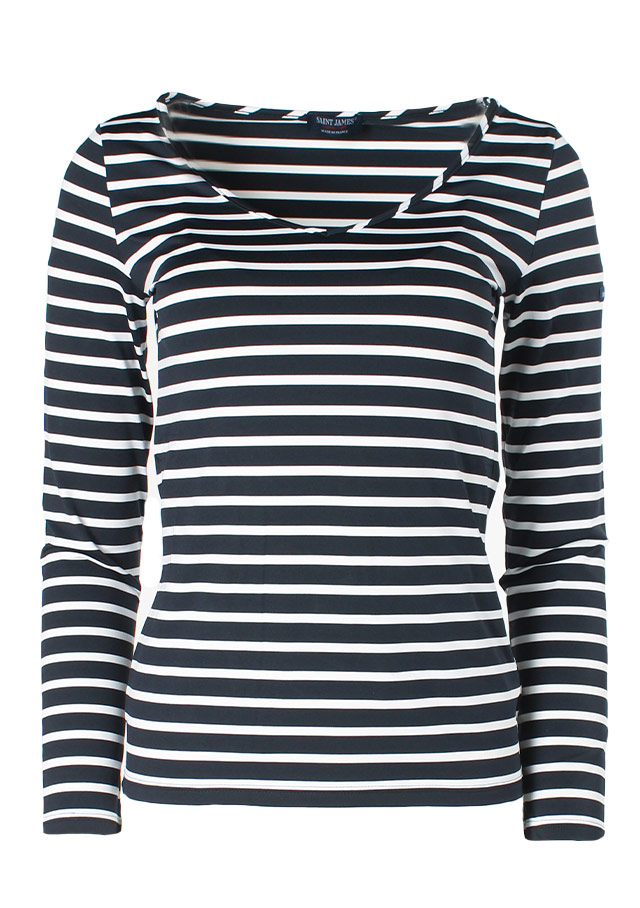 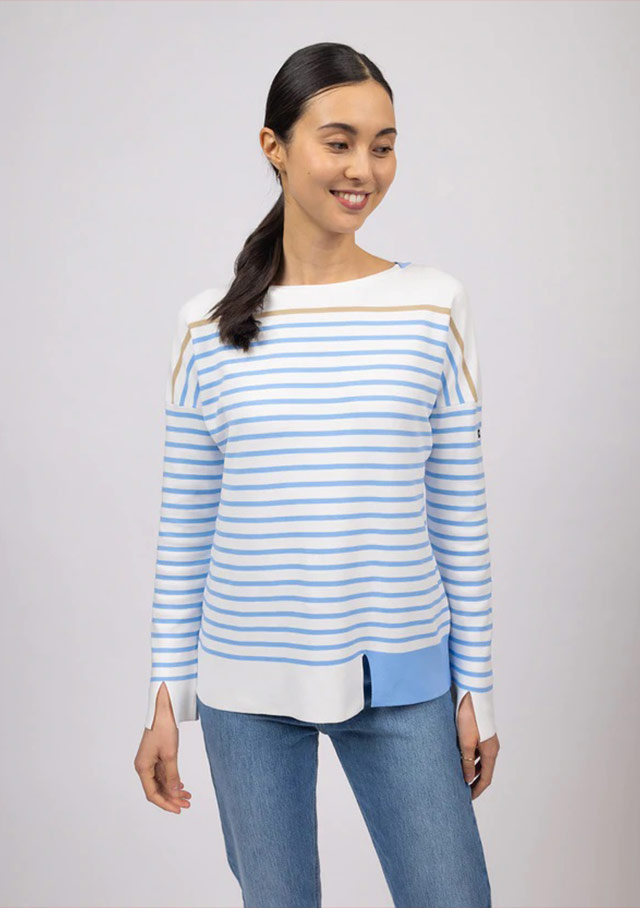 As an outer layer, the cardigan is, in a way, halfway between a coat and a wool sweater. Some Saint James cardigans for women, like the Brooklyn R Saint James, also feature these famous navy stripes separated by a zipper or buttons.

Some longer cardigans can be commonly referred to as a lady long cardigan. Compared to the classic cardigan, it offers a more relaxed look while remaining just as warm for women who adore them.

The Saint James striped pullover or sweater for women is also very elegant when adorned with these legendary stripes from the boating world. The term Saint James Breton sweater for women, the authentic, differs from the ordinary sweater by being a woollen knit resulting from know-how cultivated for many years. 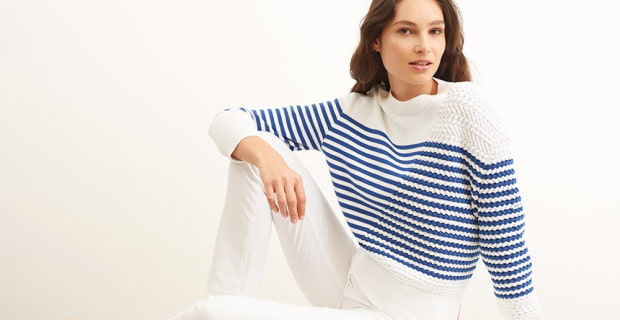 With a more diverse design, the Saint James sweater is commonly made of a blend of cotton, linen and other materials, as wool is typically associated with the Breton sweater. 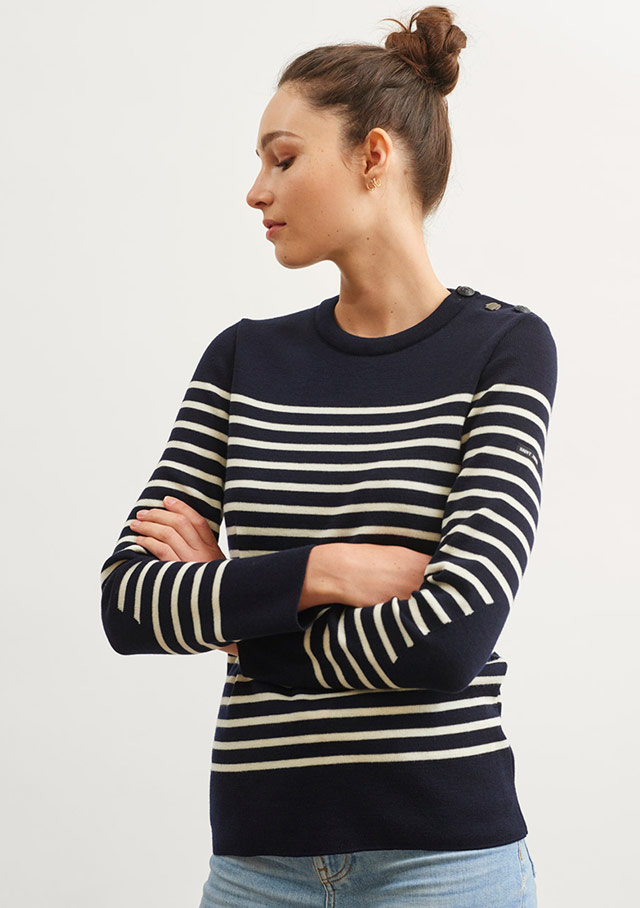 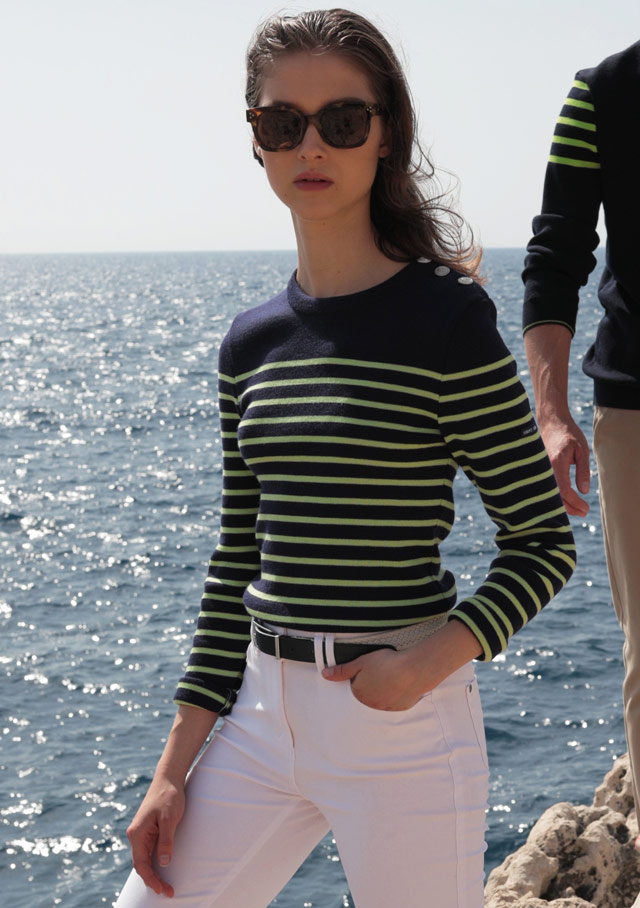 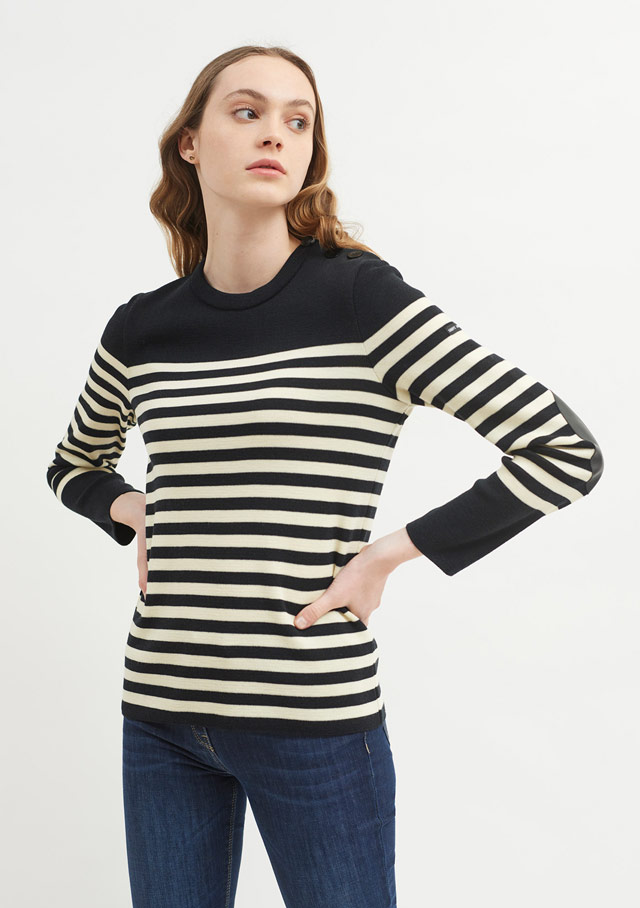 Today, even Saint James occasionally positions the stripes of their garments more liberally than in the past, especially for women's clothing. Nowadays, you can often see colourful lines, different stripe heights or now and then random spacings which make clothes (striped shirt, sweater, cardigan, etc.) more pleasing to the eye.